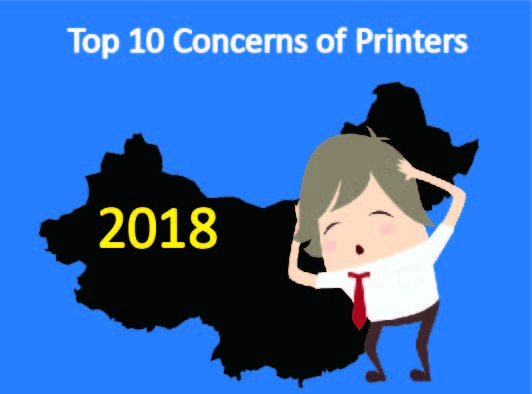 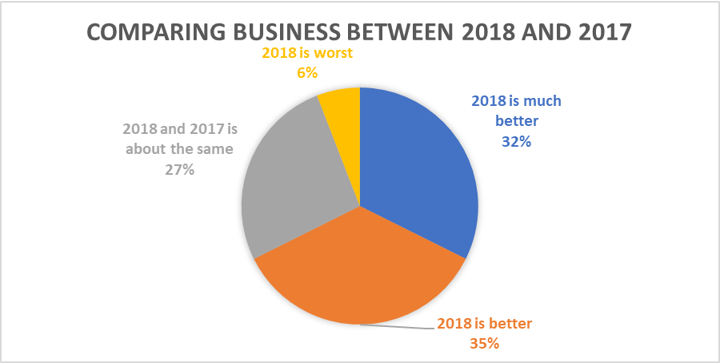 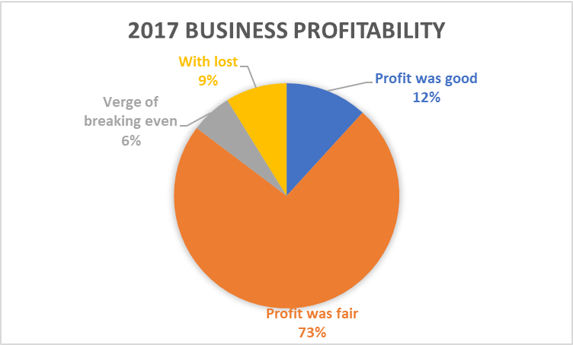 The overall business in the printing and packaging industry in China is rising, however, competition is also rising. As indicated from the two graphs above, even though 67% of the survey respondent said the year 2017 was a better year than 2018, only 12% of the respondent said that the profit was good. For the majority, 73 % said profitability was fair. Margins are tight and are expected to tighten in the long term. It is the challenge of the printing and packaging companies to reduce their operating cost continuously and to increase their revenue to stay competitive on the market. From the survey in 2018, the 10 top concerns from the companies include the following...

In summary, the concerns could be broken down into cost, labor skills, and technology maturity. Apart from the fixed cost of new equipment investment, the variable cost from the operation like anilox and sleeve purchase is the number one concern. This shows that the job orders are learning towards higher variability, shorter jobs with different sizes and designs, as result increasing the need for more anilox and printing sleeves to fulfill the orders. The lack of skilled workers is also among the top 3 concerns. How to attract, educate and retain talents from the new generation is the homework of all. The China Flexo market, in general, is less mature than the North America and European regions. Flexo technologies have grown tremendously in the last decade, the print quality of the Flexo is a matchup for other processes such as gravure and offset. New plate making technologies like the DMS Bellissima DMS, CtP process, flat top dot design…have made it possible. However, it is a challenge of whether it could be produced under a reasonable cost.